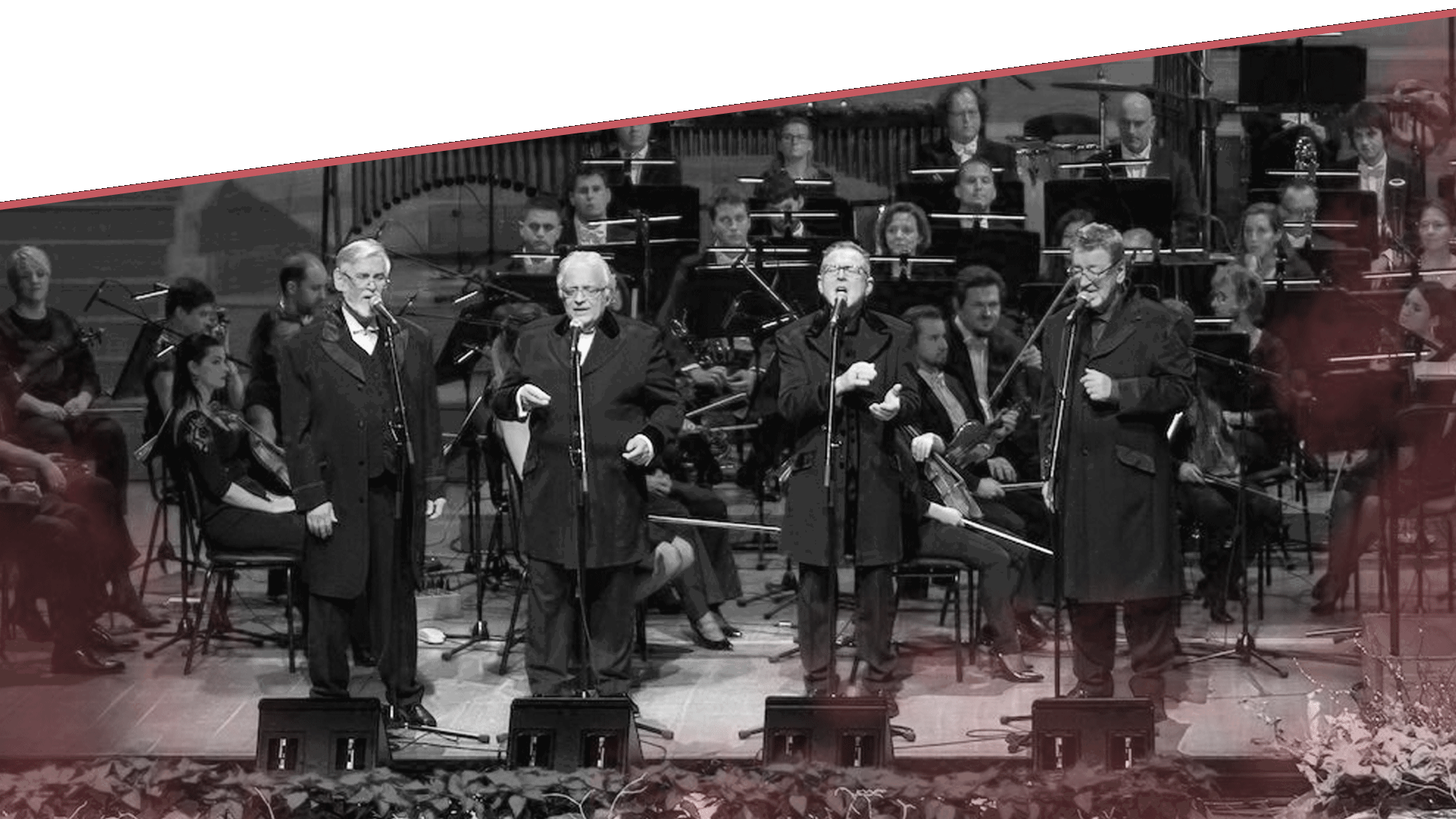 The New Swing Quartet ensemble was formed in 1968. Then in 1973 Dare Hering (1st tenor), Oto Pestner (2nd tenor), Rado Razdevšek (baritone) and Marjan Petan (bass) released their first spirituals album that quickly became known as one of the most important in European gospel. At home and abroad, NSQ started to prove themselves as four experienced singers with their music path clearly defined.

Preserving the tradition of the »barbershop quartet« (Golden Gate Quartet) and making use of traditional gospel tunes, the New Swing Quartet also covers jazz repertoire and Christmas songs while it performs its own songs in Slovenian at various festivals. It is also important to mention that the Quartet regularly covers jazz standards and performs them in Slovenian language in a way that enriches the Slovenian musical repertoire with jazz songs. In the mid-1980s, the Quartet set to explore the country gospel and published its outstanding album »Oh, Happy Day« (1985), which took them one step higher in experiencing religious music across the world.

At the end of that decade, with all four members busy with their careers, baritone Rado Razdevšek was replaced by Tomaž Kozlevčar and the Quartet recorded its next album »A Heart Full of Swing« (1989) which explored the rich legacy of soul gospel music. In 1998 they released »I Saw the Light« and finally combined all the essential worlds of gospel music – traditional Afro-American, soul and country music – and maintained the expressive jazz sensuality.

After fifty years of performing together the story of New Swing Quartet still continues and, as far as the unexplored range of gospel music culture goes, they still have a lot of work ahead of them.