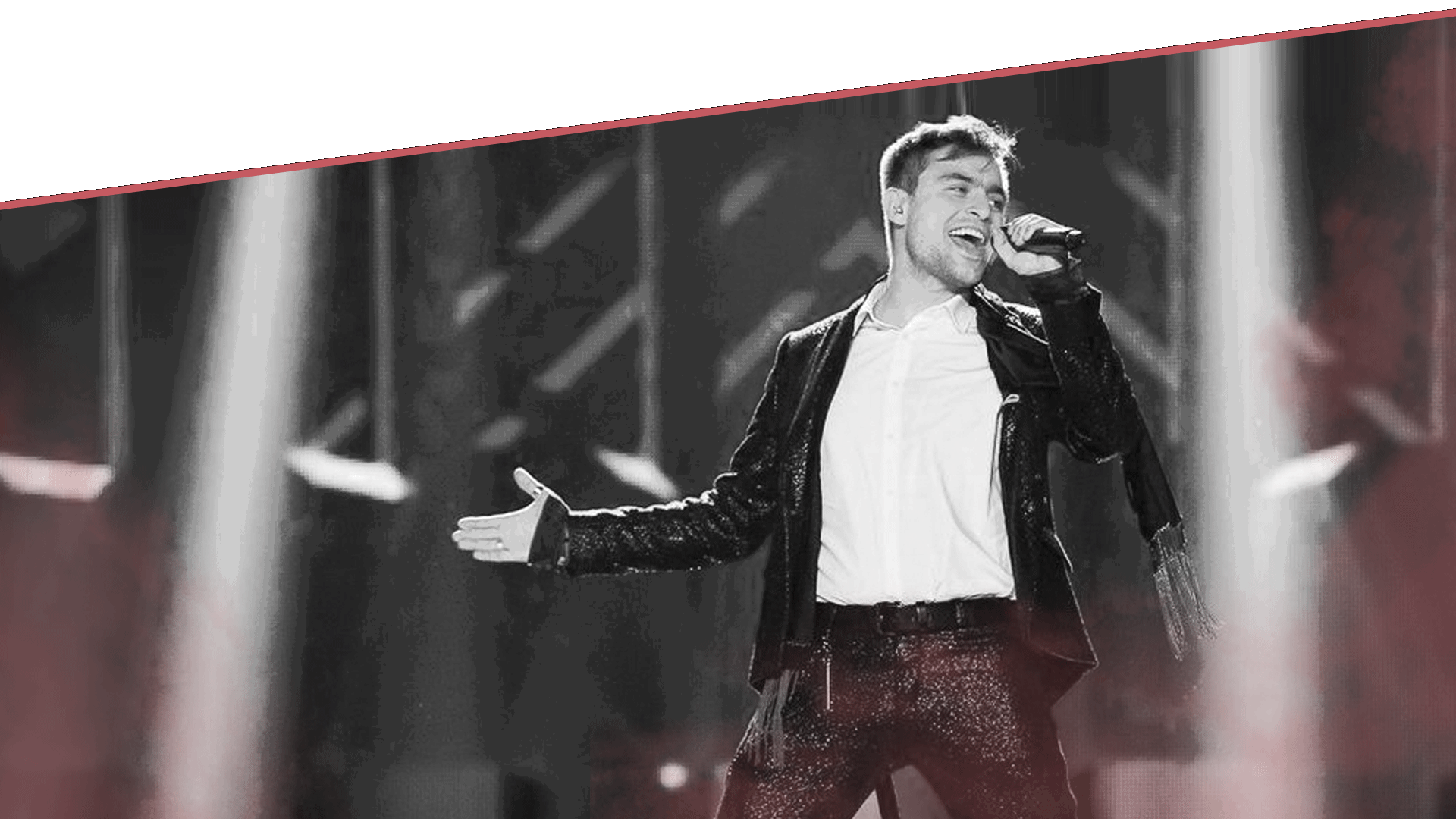 Omar Naber is a Slovenian singer and songwriter who has been actively involved in music since the age of 16. He composes, arranges and produces his own material as well as playing the guitar, bass guitar and piano. In late 2004 he won a national TV Talent show “Bitka Talentov”, the Slovenian version of “Pop Idol”. This granted him entry to the pre-selection contest “EMA” to choose the Slovenian participant at the Eurovision. Omar won and represented his country at the Eurovision Song Contest 2005 in Kiev with the self-composed song ‘Stop’.

His debut album ‘Omar’ was released in the summer of 2005 with several hit singles from it, including the best-selling song of the year in Slovenia. Being very much a ‘live’ performer, Omar has played many gigs in Slovenia both as a solo acoustic artist as well as with his band.  He has also performed in other countries such as Croatia, Bosnia, Austria, Luxembourg, Portugal, Ukraine, Russia, the UK and Ireland. In addition, Omar has been a regular contributor on TV & Radio across the Slovenian media.

He intends to concentrate his efforts in the coming years on maintaining his position with his loyal fan-base in Slovenia but also seeks to perform across many other countries in an effort to get his music known to a wider audience.