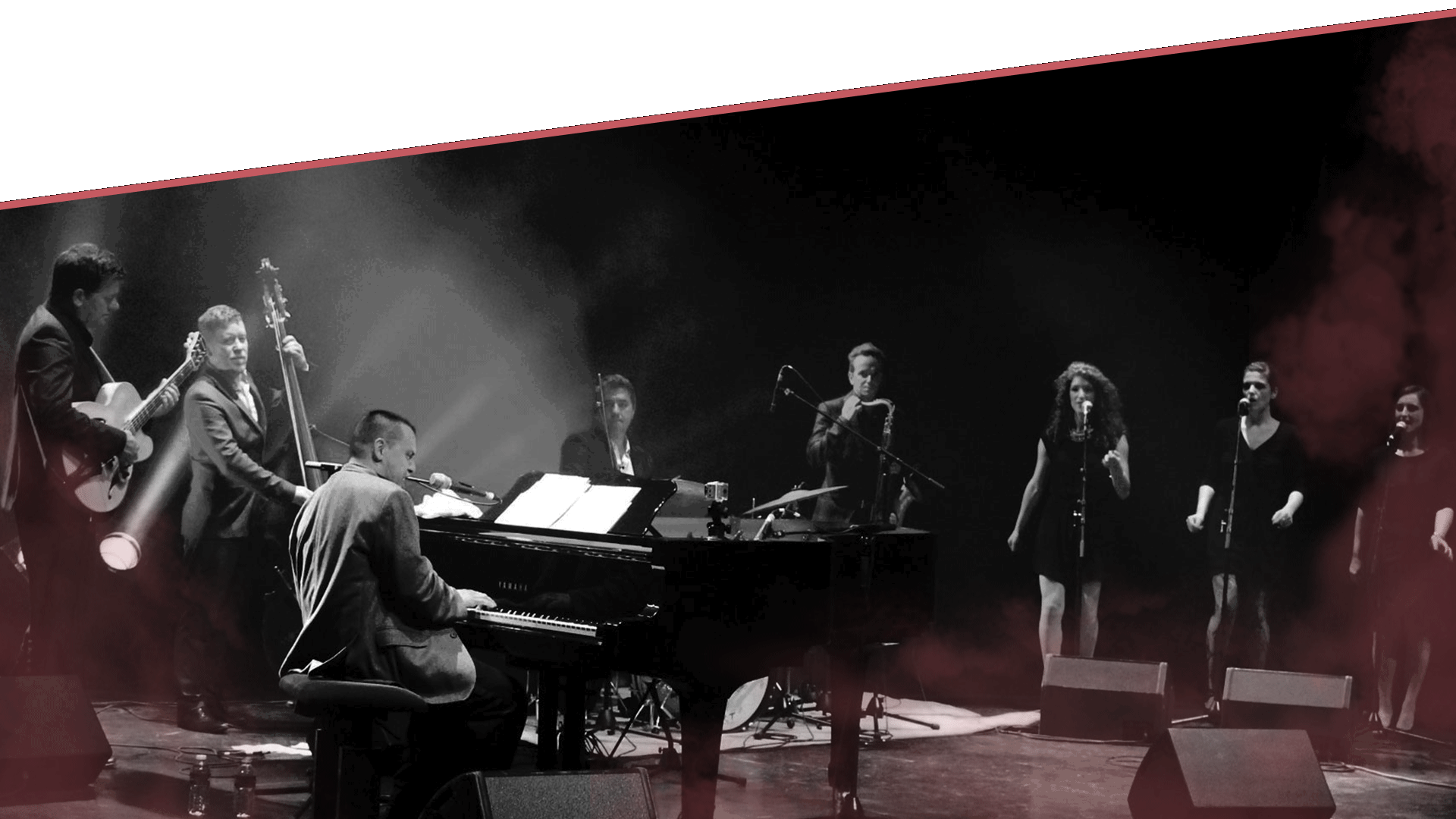 Uros Peric, an excellent and unique musician, pianist, arranger, songwriter, an artist in the fullest of senses, is known as an exceptional vocalist and interpreter of songs from the golden age of blues, jazz and soul. He is one of the most accomplished and successful Slovene musicians in both Slovenia and abroad. Musical critics worldwide have declared him as one of the few white musicians with a vocal and a feel of a black blues, jazz or soul musician.

During his rich career, he has collaborated with more than 150 prestigious names in the music world. In Slovenia, there are hardly any successful musicians with whom he has not recorded or shared stages. To this day, he has recorded 25 of his CDs, which he has published for Slovenian, German, Austrian, Serbian, French and American record labels. In Slovenia, he is a signatory to the renowned ZKP RTV Slovenia label and therefore regularly collaborates with established domestic orchestras, such as the RTV Slovenia Big Band, the RTV Slovenia Symphony Orchestra and others. He has already performed in 26 countries around the world and on three continents. Uros Peric is undoubtedly the music ambassador of Slovenia. He has performed at the world’s most prestigious music festivals, such as Montreux, Ascona, Davos, Atlanta, Dallas, Nashville, New Orleans, Las Vegas, Lithuania (Klaipeda), Kaliningrad, Monaco, at the St. Petersburg Festival and others. He also expresses his love for music through his copyright work, regularly releases CDs and plays and sings on big stages. In 2007, he received the second jury prize in USA among 16,500 participants for his own song Up down Blues. In Germany, he received the Fach medien preiss Journalist Award for Best Jazz Vocalist from the King of Zimbabwe. Peric is the only Slovenian to be invited to the Frankfurt Opera. He regularly appears in world-class magazines and newspapers and is the recipient of the Marseille City Medal of Honor.

His piano playing is laid back, very bluesy, jazzy and can be somewhat compared to the great Gene Harris. The powerful and soulful voice which is a characteristic signature of Uros has a mr. Charles feel to it but still a different ring to it. The genius of Ray Charles had the biggest impact on Peric’s musical expression. Other musicians Uros was influenced by are Nat King Cole, Aretha Franklin, Ben Webster, Dinah Washington, Gene Harris, Erroll Garner, Gladys Knight, Donnie Hathaway, Quincy Jones, David Fathead Newman, Hank Crawford, Billie Holliday, Otis Redding, Sam Cooke and others. With a distinctive colored vocal and a typical way of moving and playing the piano, Peric repeatedly evokes standing ovations in audiences and brings them to euphoric enthusiasm.

In both Slovenia and abroad, Uros Peric is known as an exceptional artist whose musical expression is unique. Audiences all over the world are impressed by his astounding talent, immense charisma, kindness and the widest of smiles.